Rhode Island pins and Providence pins represent the smallest state in the United States of America and our capital city. Rhode Island is only 48 miles long and has 384 miles of shoreline. This East coast state, often called the Ocean State, abuts the Atlantic Ocean and offers many miles of beautiful coastline.  Rhode Island pins were designed as a tribute to our State, our City, and our beautiful coastline, which offers endless enjoyment to residents and visitors alike. To see additional pins such as Clam Quahog, Lobster, Starfish and scallop that represent our coastline check out our Seaside Collections. 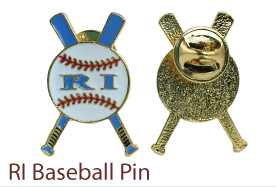 RI Baseball Pins can be worn by proud team players, used for trading with competing teams or worn by friends and family to show support. Pins made by Pins by Frank are made in Rhode Island, hand painted and are lead free. 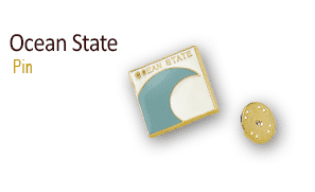 These Rhode Island Pins are made in recognition of  Rhode Island’s nickname,  Ocean State with a wave design. is available in Aqua and White with Gold finish or Blue and White with Silver finish. They have a military clutch back and can be used to represent our state at trade shoes or game exchanges. 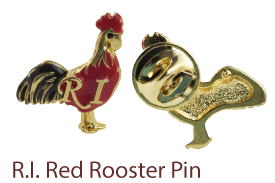 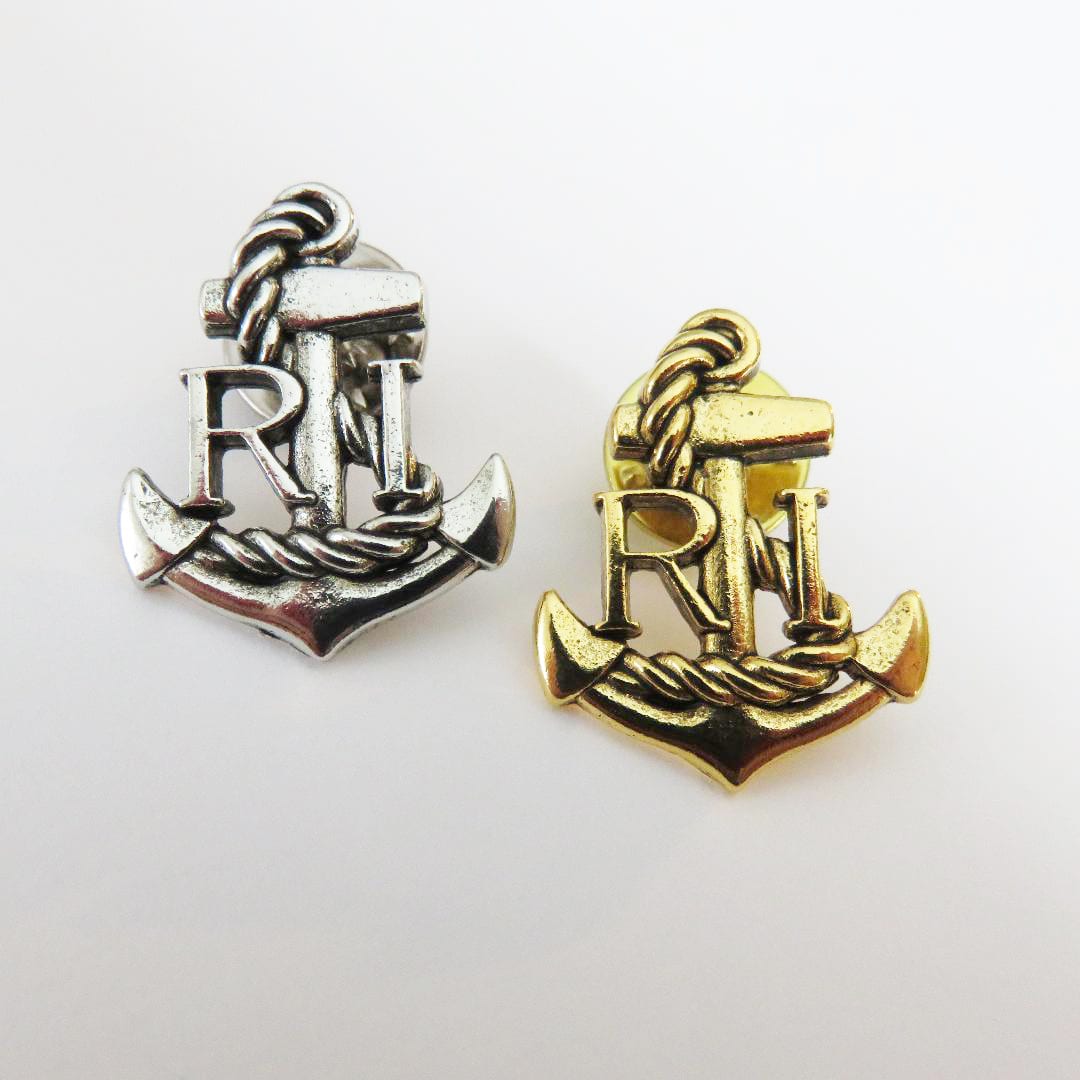 The anchor has been used as a symbol for Rhode Island since the colony’s founding in 1636, well before the region claimed statehood. The Seal of the State of Rhode Island and Providence Plantations features a maritime anchor as its central image below the phrase “HOPE.”

Providence Pins were created by Pins By Frank as a tribute to a segment of our states history. The Providence Independent Man statue was placed on top of the dome of the Rhode Island State House on December 18, 1899. It is 11 feet tall and consists of 500 pounds of gilded bronze. The many references to an “independent man” that were made during the discussion and planning of the design of the statue led to it being referred to as the “Independent Man.”today. The statue has only been down from his lookout once. On August 9, 1975, the statue was taken down for repair and a new coat of gold leaf. He was returned to his rightful place on July 20, 1976. Providence Pins are made in Rhode Island have been worn proudly to represent our amazing city and this small peace of our history.

Rhode Island Light house pins are offered in Black & White, Red & White, Glitter and Silver Dust.  Our lighthouse pins are available with no initials and can also can be personalized to include you State initials or colors.

Feel free to send us an email at Marie@pinsbyfrank.com or fill out the quick form below to get the conversation started or request a free quote.

If you are ready to order
just Click Here